I am ecstatic to announce that I and nine wonderful peers were accepted into the Leipzig-Miami Exchange Program for this spring, which brings together students from UM Law and Leipzig University in Germany to collaborate on various topics relating to law and policy. The goal of the program is to learn about each other’s legal systems, exchange ideas, and develop a mutual understanding of our points of views. As an intellectual powerhouse, a central player in European and global affairs, and one of the world’s most robust democracies, Germany is a natural partner in this endeavor. (It is also a fellow federal republic with very strong civil liberties and constitutional protections, given its efforts to move past its history.)

I will be partnering with a German law student to work on a presentation about restorative justice, which is an exciting and promising frontier in criminal justice, rehabilitation, and conflict resolution (hence why it was my top choice, though they were all good). We will incorporate the perspectives and approaches of our respective nations, and hopefully enhance our countries’ knowledge and methodology of restorative justice. I also get to hang out with the German student when they visit this January, then work on a second topic with another German student in May, when I will visit the hidden gem of Leipzig, Germany for a few days. 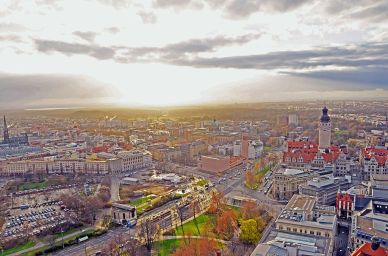 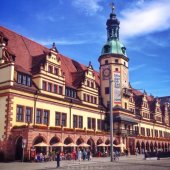 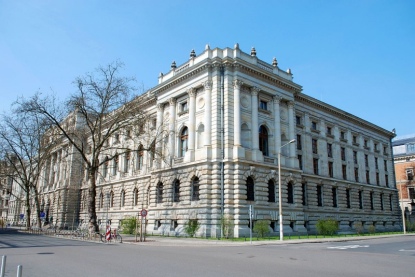 The socalled MDR building (C), the main campus building of the University of Leipzig (R) and the Gewandhaus concert hall (L) at Augustus Platz reflect on water in Leipzig, eastern Germany, is pictured on May 23, 2013. AFP PHOTO / ROBERT MICHAEL (Photo credit should read ROBERT MICHAEL/AFP/Getty Images)

As someone with aspirations in international law, it goes without saying that I am immensely excited and grateful for the opportunity to develop skills in cross-cultural collaboration, which will help me grow personally and professionally. And as many of you know, I am always eager to get to know people and perspectives from other cultures.

Founded in 1409, the University of Leipzig is one of the oldest universities in the world and the second oldest in Germany. Nine Nobel Prize winners are associated with the university, and its alumni include such eminent thinks as Leibniz, a polymath who made major contributions to math, philosophy, and science; Goethe, widely regarded as one of history’s greatest poets and writers; Leopold von Ranke, considered one of the fathers of the study of history; composers Richard Schumann and Robert Wagner; Tycho Brahe, a Danish astronomer who greatly advanced the study of space; Fredrich Nietzsche, among the greatest influences in modern philosophy; and Angela Merkel, Germany’s current and first female chancellor.

Given its 600 years as an intellectual hub, it is unsurprising that Leipzig played a key role in bringing down the East German regime, initiating a series of spontaneous mass protests that were among the first and most prominent in the country’s history, catalyzing other cities to do the same. Since reunification, Leipzig has become one of Germany’s fastest growing and most dynamic cities, being rated one of the places in the country to live.

Needless to say, I cannot wait to visit such an amazing university and city and broaden my horizons!