When it comes to environmental progress, Pakistan is far from anyone’s mind. Yet according to a recent report by the World Economic Forum, a Swiss nonprofit foundation, the country has planted over a billion trees, making its otherwise barren northwestern province of Khyber Pakhtunkhwa resplendent with fresh saplings.

The massive reforestation project – named the Billion Tree Tsunami – added 350,000 hectares of trees both by planting and natural regeneration, in an effort to restore the province’s depleted forests and fight the effects of climate change.

Decades of felling and natural disasters have drastically reduced Pakistan’s forests. Figures for the country’s total forest cover range between around 2% and 5% of land area. Nevertheless, Pakistan has one of the lowest levels of forest cover in the region and well below the 12% recommended by the UN.

It is also among the six countries that will be most affected by global warming. Khyber Pakhtunkhwa had lost large areas of forest to felling, which increased the likelihood of flooding and landslides. In 2016 flash floods hit the province, killing dozens of people.

Costing close to $170 million, the project started in 2014 under the initiative of cricket-star turned politician Imran Khan, the newly-elected prime minister whose party governs the province. Not only did they hit their billion-tree target months in advance, but they exceeded their commitment to the Bonn Challenge, which seeks to restore 150 million hectares of degraded and deforested land by 2020 (and 350 million hectares by 2030); Pakistan was the first country to reach its pledge.

In addition to the obvious environmental benefits, the project has created a network of private tree nurseries, that have boosted local incomes and employment, especially for young people and women. 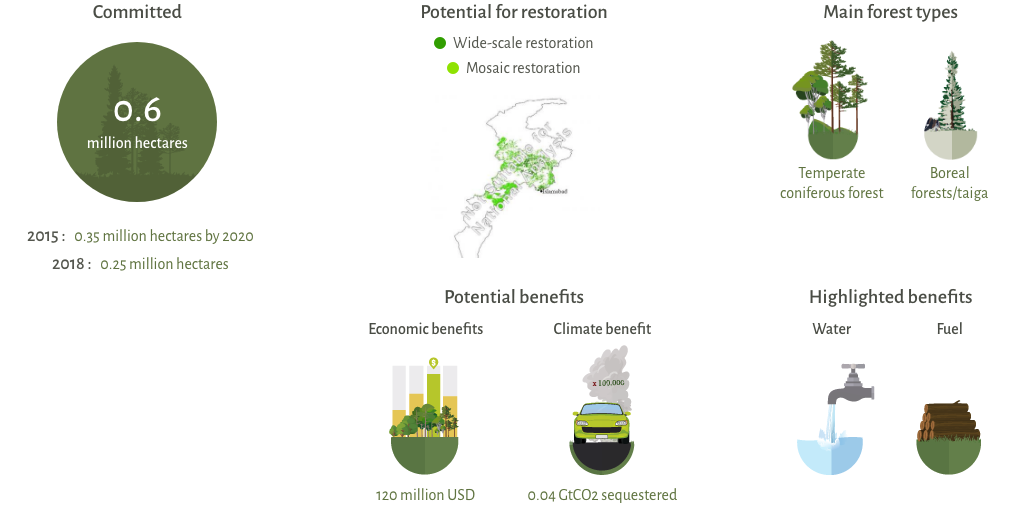 One official in charge of administering the Bonn Challenge called Pakistan’s achievement “a true conservation success story” , especially given the myriad of other big problems the country faces (not least of them government corruption, which unfortunately has been raised with respect to the tree planting initiative.

Nevertheless, experts at the Pakistan affiliate of the World Wildlife Fund conducted an independent audit of the reforestation project and concluded that it was an environmental, economic, and social success. The subsequent praise and popularity of this effort, both at home and abroad, has prompted the national government to launch a “Green Pakistan” program to plant 100 million trees across the country.

For one of the most beleaguered and impoverished provinces in Pakistan to have accomplished something like this offers considerable hope to the rest of the world, especially the wealthier nations that have even less excuse not to act this decisively.