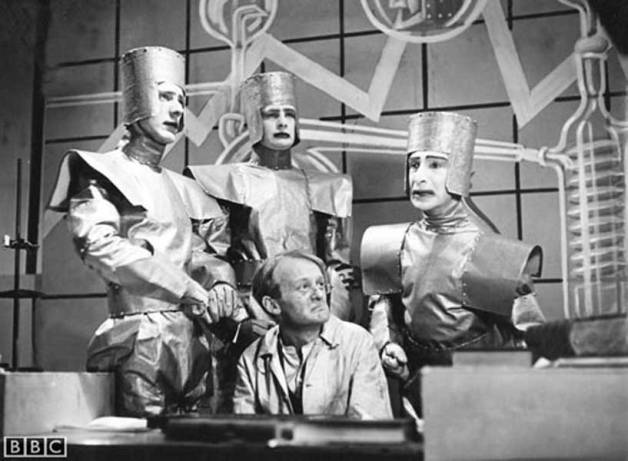 On this day in 1938, the BBC aired an adaptation of the 1920 play R.U.R., by Czech writer Karel Capek, the first science fiction program to be broadcasted on television. R.U.R. — which stands for Rossum’s Universal Robots — told the story of artificial people called roboti who were created from synthetic organic matter to serve humans, but who ultimately rebel and wipe out our species. In addition to introducing what has now become a familiar trope in science fiction, it also brought as the word “robot”, from the Czech “robota”, which describes the forced labor performed by serfs (essentially slaves).

Capek had also written a novel titled “War with the Newts”, about humanity discovering and then enslaving a race of intelligent amphibious humanoids. He was thus among the first to explore a wide range of social and political issues that have since become familiar to audiences across the globe.