According to the Bloomberg Global Health Index, which includes such factors as life expectancy, access to health care, and malnutrition, these are the world’s healthiest countries: 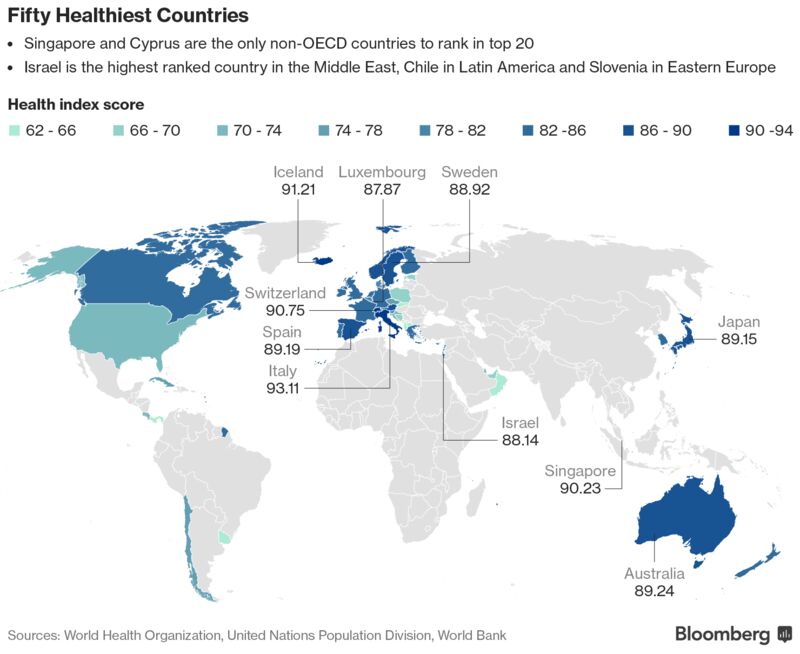 The top ten nations were: 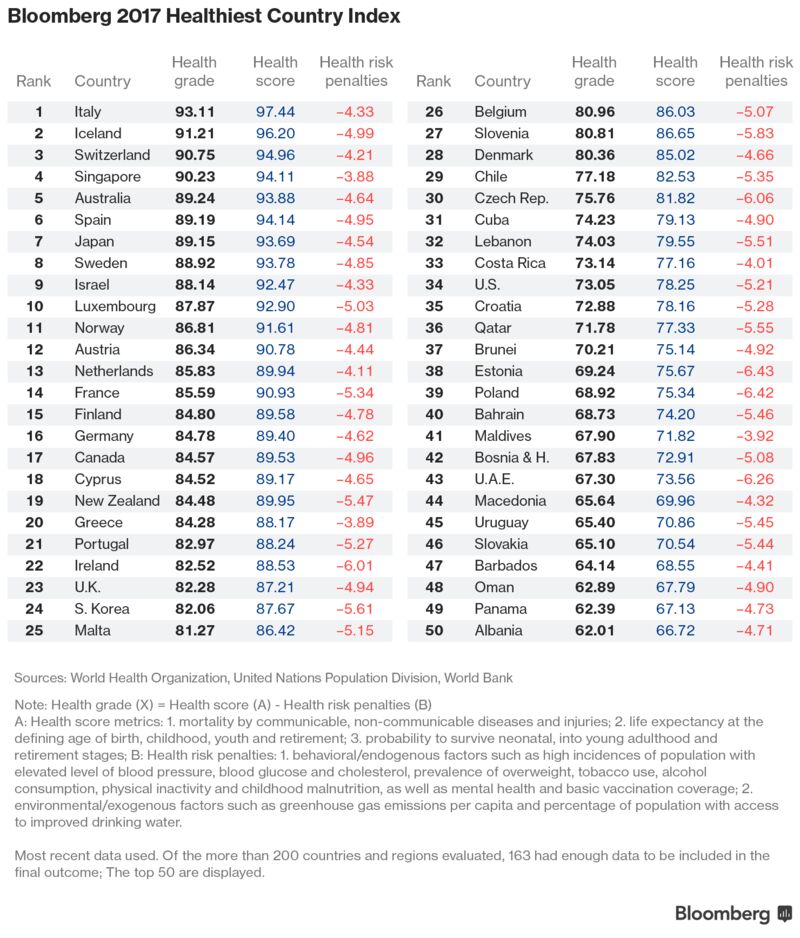 As Bloomberg points out, Italy’s top ranking may surprising given its long-ailing economy, but shows how many other factors impact societal health:

While Italy is among the most developed countries, growth has stagnated for decades, almost 40 percent of its youngsters are out of jobs and it’s saddled with one of the world’s highest debt loads relative to the size of its economy. Yet Italians are in way better shape than Americans, Canadians and Brits, who all suffer from higher blood pressure and cholesterol and poorer mental health.

Italy also has “an excess of doctors,” said Tom Kenyon, a physician and CEO of the global relief organization Project Hope. Case in point, one of the country’s most watched and long-running television shows is called “A Doctor in the Family.”

Then there is the diet, rich in vegetables and drizzled with extra virgin olive oil. Adam Drewnowski, director of the Center for Public Health Nutrition at the University of Washington, has written about the importance of consumers having access to fresh produce, fruit, lean meats and fish.

While most of the top nations were in the developed world (unsurprisingly), there were quite a few developing nations as well, ranging from Costa Rica and Chile to Oman and the Maldives (though most of these countries are rapidly approaching developed status, and some are already there in all but name).

It goes to show that wealth is still a major factor in human health, both individually and collectively. Advanced medical technology, an abundance of medical professionals, public sanitation and health, access to healthy food and green spaces, and the availability of health care all require resources and money.

Maintaining a healthy lifestyle might not necessarily require much wealth, but economic and financial security — or at the very least the sort of community support common in Italy, Japan, and other healthy countries — certainly helps.