Many Americans believe U.S. foreign aid is ineffective and fails o reach the people that need it most. Unfortunately, the following map from HowMuch.net, courtesy of Vox.com, validates this criticism by revealing that the vast majority of government aid largely bypasses the world’s neediest countries: 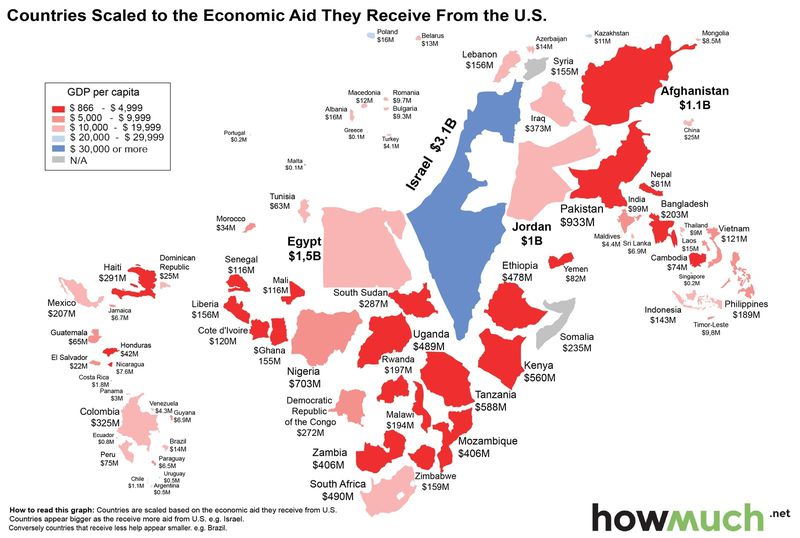 Note that while this is based on 2014 data, official aid policy hasn’t really changed.

Israel is clearly the biggest recipient by a large margin, despite being one of the world’s wealthiest countries, followed by Egypt and Jordan, which, while middle income countries, have their aid mostly contingent on their peace treaties with Israel. Many of the top recipients are not among the poorest countries in the world, and although Afghanistan and Pakistan are impoverished, their aid is also mostly tied up with foreign policy objectives (e.g. the War on Terror).