Russophiles of the world, unite! Russian Life has another great Kickstarter project for lovers of all things Russian: The Spine of Russia, a month-long, 2,300-mile photographic journey through the heart of western Russia (and part of eastern Ukraine). 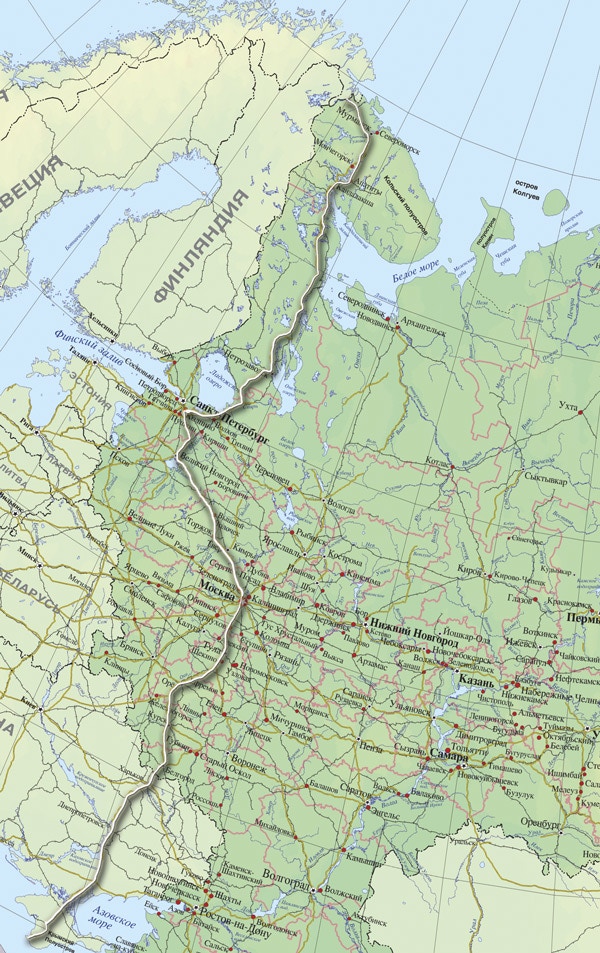 A summary of the project from the official Kickstarter page:

This project envisions a month-long automobile expedition through the heart of Russia by two photojournalists: one American, the other Russian. One was born at the height of the Cuban Missile Crisis, the other was born during Perestroika. Both are bilingual, experienced, curious and well traveled. They share a love of capturing and retelling great stories, and their different backgrounds and perspectives will generate a complex, nuanced view of modern Russian life – of people and places rarely visited by western media.

The American is Paul Richardson, editor of Russian Life magazine, and a journalist who has been covering all things Russian for nearly 30 years. The Russian is Mikhail Mordasov, an award-winning photographer and journalist whose work throughout Russia over the past decade has been published in the New York Times, The Washington Post, GEO, Spiegel, Le Monde, Newsweek, the BBC and AP, and many more.

So what route will they take?

Well, as it turns out, there is a important north-south artery that spans the entire country, from Russia’s border with Norway, on the frigid shores of the Barents Sea, to the sun-lapped coasts of the newly-annexed Crimean peninsula. It is the un-glamorously named E105, and it stretches over 3700 kilometers (2300 miles) through the beating heart of western Russia, meandering through numerous historical way-stations, offering rich opportunities for an exploration of modern Russia. It’s sort of the Trans-Siberian of Russian roads, only it goes north and south, rather than east and west.

Importantly, for most of its length the E105 is just a two-lane road. It is not an interstate highway in the American sense. Only in and around big cities does it add a few additional lanes. This makes it an ideal artery for exploration and discovery.

The end result of this unique effort? A large 200-page book rich with original photography and accompanying texts. The official goal is to “present a realistic, balanced, unfiltered view of life as it is lived today” along this road.

Project backers will also enjoy exclusive access to a website that will chronicle the duo’s trip in real-time, through text, images, and video. There is even an opportunity to interact with the project makers (and the people they in turn encounter) along the way!

As you can imagine, there are plenty of risks for this project: as the page highlights, there are concerns about visas, impassible or closed roads, corrupt officials, and other interferences. And though the fighting in eastern Ukraine (which forms the heart of Ancient Rus and thus is part of this “spine”) is far from the scheduled route, there is no telling if it will spillover by then or if any foreigners will be allowed through.

Even with all these challenges and concerns, The Spine of Russia is an effort well worth supporting. This big, complex, and very consequential country is very enigmatic to the rest of the world, let alone this little-traversed and documented area. Plus, you do not have to love Russian culture, history, or geography to appreciate 200 high-quality photos from an interesting part of the world.

Learn more about it here.