A yakhchal (“ice pit”) is an ancient type of cooler invented in Iran around 400 B.C.E. to store ice for the summer. The ice would either be brought in from nearby mountains during the winter, or more commonly would be channeled through a qanat (aqueduct) that would run along a wall built close to the yakhchal.

During the cool winter season, the shadow of the wall would freeze the water more quickly, and the ice would be taken to the yakhchal, which had thick walls composed of a special mortar call sarooj (composed of specific proportions of sand, clay, egg whites, lime, goat hair, and ash). This substance was resistant to heat transfer and almost impenetrable to water. Some yakhchal had windcatchers built at the top to bring down the temperature inside on hot days.

The stored ice would be used to chill treats make a special dessert called faloodeh, one of the world’s earliest kinds of ice cream (made of thin corn starch noodles mixed in a semi-frozen syrup made from sugar and rose water, sometimes with lime or ground pistachios added).

As a testament to their superb engineering, many yakhchal built hundreds of years ago are still around today, like the one pictured above from the town of Abarqu, or the following from Meybod. 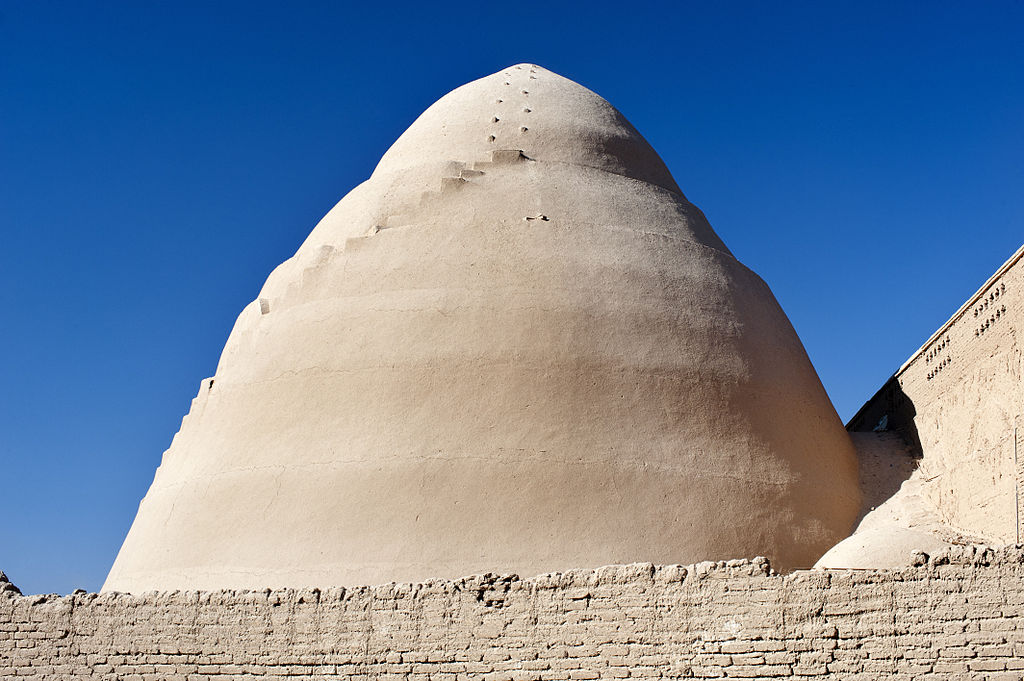