Although widely seen as a new — and in some circles, invasive — presence in the United States, Islam has been a part of the nation’s history since colonial days, if not earlier. The New York Times highlights just a few of the known examples:

In 1528, a Moroccan slave called Estevanico was shipwrecked along with a band of Spanish explorers near the future city of Galveston, Tex. The city of Azemmour, in which he was raised, had been a Muslim stronghold against European invasion until it fell during his youth. While given a Christian name after his enslavement, he eventually escaped his Christian captors and set off on his own through much of the Southwest.

Two hundred years later, plantation owners in Louisiana made it a point to add enslaved Muslims to their labor force, relying on their experience with the cultivation of indigo and rice. Scholars have noted Muslim names and Islamic religious titles in the colony’s slave inventories and death records.

The best known Muslim to pass through the port at New Orleans was Abdul-Rahman Ibrahim ibn Sori, a prince in his homeland whose plight drew wide attention. As one newspaper account noted, he had read the Bible and admired its precepts, but added, “His principal objections are that Christians do not follow them.”

Among the enslaved Muslims in North Carolina was a religious teacher named Omar ibn Said. Recaptured in 1810 after running away from a cruel master he called a kafir (an infidel), he became known for inscribing the walls of his jail cell with Arabic script. He wrote an account of his life in 1831, describing how in freedom he had loved to read the Quran, but in slavery his owners had converted him to Christianity. 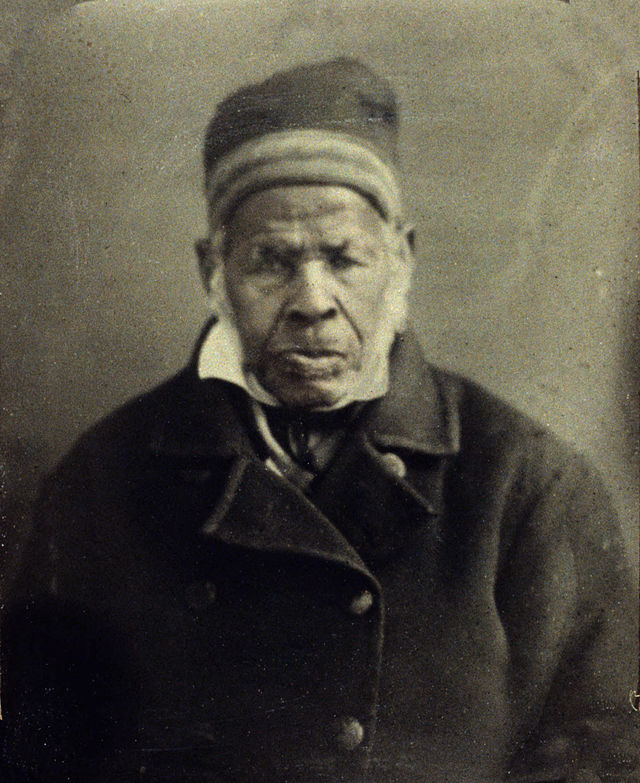 Not mentioned is Anthony Janszoon van Salee, a merchant of mixed Dutch and Moorish descent who settled in the colony of New Netherlands (present-day New England) in the 17th century, and who is another contender for being the first Muslim in North America. Other Muslims were recorded to have been present during the colonial days, mostly as merchants, sailors, and slaves.

Records from the Revolutionary War suggest the presence of some Muslims on the American side, with names like “Peter Salem”, “Yusuf ben Ali” and “Bampett Muhamed”.

In fact, the first country to recognize the United States as an independent nation was the Sultanate of Morocco, under its ruler Mohammed ben Abdallah, in the year 1777. George Washington wrote a letter of thanks to the Sultan, and reportedly kept in regular correspondence with him, also expressing gratitude to the Moroccans for helping U.S. merchant ships navigate the treacherous Mediterranean.

In 1797, President John Adams signed the unanimously ratified Treaty of Tripoli with the Barbary States, which declared that the United States had no “character of enmity against the laws, religion, or tranquillity, of [Muslims].”

In 1805, President Thomas Jefferson did what today would be politically unthinkable: hosted an Iftar dinner, the evening meal that breaks the Ramadan fast, at the White House in honor of his guest Sidi Soliman Mellimelli, a Tunisian diplomat. (Despite being a deist with disdain for organized religion, Jefferson actually took an interest in Islam, having purchased and read a Qur’an over a decade before drafting the Declaration of Independence.)

During the War of 1812, about 80 Muslims led by an imam, Bilali (Ben Ali) Muhammad, defended their master’s island property from British attack. Nearly 300 Muslims are recorded to have fought in the U.S. Civil War, including Captains Moses Osman and Nicholas Said.

As the Times points out, however, most early American Muslims were slaves, and subsequently had little voice or presence in U.S. culture, history, and consciousness.

The story of Islam in early America is not merely one of isolated individuals. An estimated 20 percent of enslaved Africans were Muslims, and many sought to recreate the communities they had known. In Georgia, which has joined more than a dozen states in the political theater of debating a restriction on judges’ consulting Shariah, Muslims on a secluded plantation are known to have lived under the guidance of a religious leader who wrote a manuscript on Islamic law so that traditional knowledge might survive.

A clue to what happened to these forgotten American Muslims can be found in the words of a missionary traveling through the South to preach the gospel on slave plantations. Many “Mohammedan Africans,” he noted, had found ways to “accommodate” Islam to the new beliefs imposed upon them. “God, say they, is Allah, and Jesus Christ is Mohammed. The religion is the same, but different countries have different names.”

The missionary considered this to be lamentable evidence of Muslims’ inability to recognize the importance of religious truths. But in fact it proves just the opposite. They understood that their faith was important enough that they should listen for it everywhere, even in a country so distant from the places where they had once heard the call to prayer.

It has only been since the mid-19th century, and especially the mid-20th century, that Islam became a more visible presence in America, thanks largely to immigration. The early 1900s in particular saw the emergence of the some of the country’s first documented mosques and Islamic organizations (believe it or not, the first known mosque was established in the tiny town of Ross, North Dakota, where it was rebuilt in 2005) .

Regardless of how little remembered and greatly overshadowed it is, Islam is far from an alien or invasive force in America (anymore than Christianity once was when Europeans first landed). The U.S. has always been an explicitly pluralistic society, and many of the founders wrote about, acknowledged, and even admired Islam.

Although as an atheist I obviously have no special stake in or love for Islam, other than an academic and humanistic interest, I nonetheless recognize the fact that it is part of American history — plain and simple.