In 1943, the Soviet Red Army won the Battle of Stalingrad, turning the tide of the Second World War. One of history’s bloodiest and most decisive battles, the five-month siege involved over 1 million troops on each side. The Axis suffered a total 850,000 casualties (wounded, killed, captured) and the Soviets over 1.1 million, of which over 478,000 were killed.

To understand the scale of the battle, the U.S. and U.K. suffered a total of 405,399 and 383,800 combat deaths respectively in the entire war. (Ultimately, by the end of the war, Soviet Russia lost 20-28 million people, of whom 7-12 million were civilians; nearly a quarter of its population had been killed, wounded, or directly affected by the conflict in some way).

Soviet soldier waving the Red Banner over the central plaza of Stalingrad in 1943.

You can read a quick rundown of the battle here.

In 1848, the Mexican–American War ended with the signing of the Treaty of Guadalupe Hidalgo, in which Mexico was forced to give up 530,000 square miles of territory to the United States for $15 million. Along with the prior cession of Texas, this amounted to 55 percent of Mexico’s pre-war territory and today comprises about 15 percent of U.S. territory. 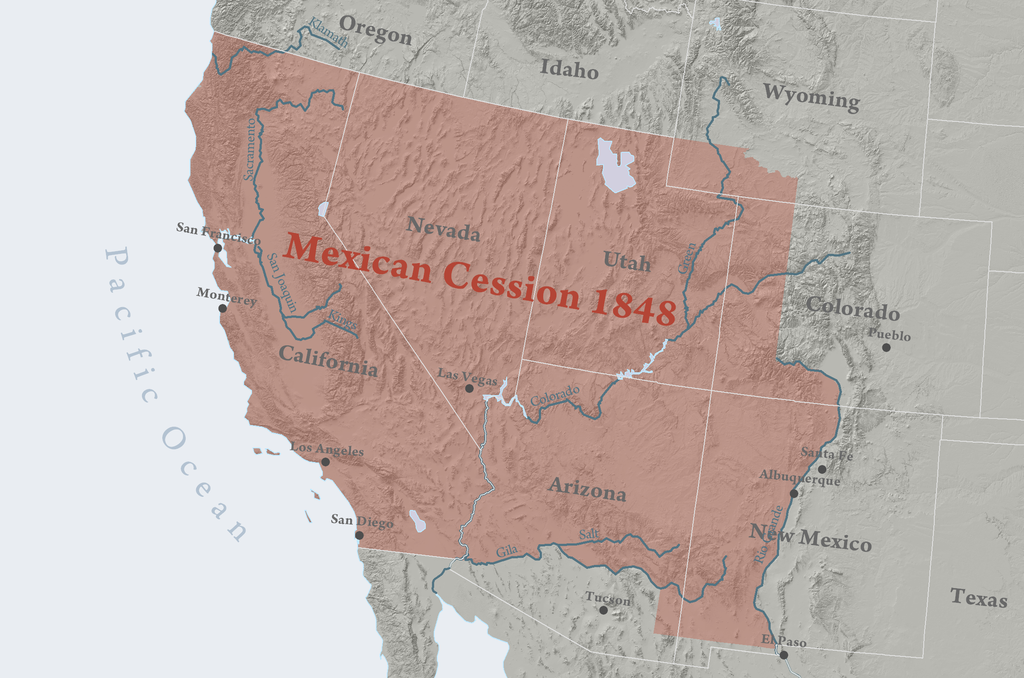 Cession includes all of California, Nevada, and Utah, most of Arizona, large chunks of Colorado and New Mexico, and some of Wyoming.

In 1990, South African President F. W. de Klerk declared the official end of apartheid, a system of intense segregation and racial oppression, following mounting domestic and international opposition, which culminated in negotiations between the government and resistance groups (namely the African National Congress, from which Nelson Mandela emerged as the nation’s first freely-elected leader).

De Klerk and Mandela at the World Economic Forum in Davos, 1992; the latter would be elected president two years later.

All photos courtesy of Wikipedia.