The first recorded handshake in human history is depicted in the Monument of Kalhu (in what is today northern Iraq), which shows the Assyrian king Shalmaneser III shaking hands with Marduk-zakir-sumi I of Babylon in a public display of diplomatic friendship.

Handshaking was also practiced in Ancient Greece as far back as the fifth century BCE, as evidenced by several relief inscriptions like the following: 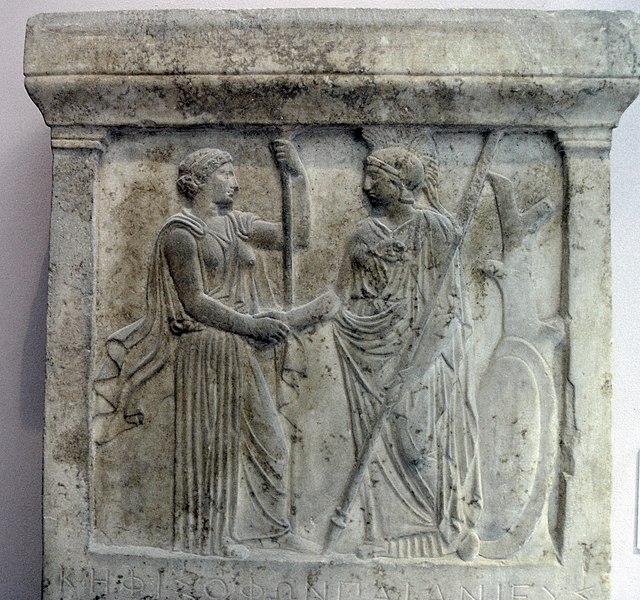 It is believed that the handshake developed a gesture of peace because it demonstrated that the hand holds no weapon. Furthermore, gripping another person’s hand leaves both individuals momentarily vulnerable, thereby further solidifying the sense of trust between them (some forms of bowing have similar origins — in the process, your hands are shown to be free of weapons while your posture leave you vulnerable). A handshake also symbolizes balance and equality, as both parties interact in a similar way (again, a parallel can be seen with some forms of bowing).

Handshake etiquette varies widely across cultures. In some parts of the world, such as Russia and the Middle-East, it is uncommon for men and women to shake hands with each other. In many countries, such as China, Japan, Korea, and Turkey, weaker handshakes are preferred and/or seen as more respectful; conversely, other places like Norway and the United States, prefer firmer handshakes. Of course, globalization has lead to some changes in these customs.